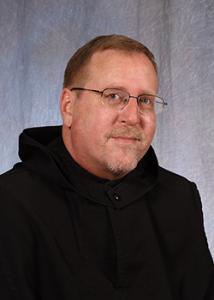 Brother Nathan M. Cochran, O.S.B., a monk of Saint Vincent Archabbey, died Wednesday, July 30, 2014. Brother Nathan entered the novitiate at Saint Vincent Archabbey in 1982, made his simple profession of monastic vows July 10, 1983, and solemn profession of vows on July 11, 1986. Brother Nathan was a tireless worker who sought to revive the great tradition of Sacred Christian art in western civilization.Brother Nathan was the author of Gifts of a King: The Treasured Art of Saint Vincent Archabbey (Latrobe, Pa.: 1986). Brother Nathan was a contributor to Saint Vincent: A Benedictine Place (Latrobe, Pa.: 1995), and principal co-author of The Saint Vincent Basilica, Latrobe, Pennsylvania, One Hundred Years (Latrobe, Pa.: 2005), which received a national Catholic Press Association Award in 2006. In 2004, he worked at Vatican City as the special secretary for the Beatification of Emperor Karl I of Austria. He coordinated and organized the various beatification celebrations in Rome; and wrote, edited and oversaw the translation, printing and distribution of various publications and press releases in eleven different languages. The principal ceremony in Saint Peter’s Square was attended by over 75,000 people, and was the last major public event celebrated by Pope John Paul II. He curated an exhibit in the Saint Vincent Gallery, “Karl I: The Peace Emperor, The Last Habsburg Emperor of Austria-Hungary” (2002), served as a contributor and on-camera expert for “Karl: The Last Habsburg Emperor,” a documentary produced by George Lucas to accompany the DVD release of The Adventures of Young Indiana Jones, 2007. Brother Nathan received the Signum Memoriae Civilian Medal of Honor from H.I.R.H. Otto von Habsburg, Archduke and Crown Prince of Austria and King of Hungary. It is the first time the medal has been bestowed since 1898, and was presented in honor of Archduke Otto’s 95th birthday.

The PLMC Board is pursuing the offering of a Requiem Mass for the repose of Brother Nathan’s soul at a date and location to be announced.

Dear Board and Members of the PLMC,

Thank you for your kind and thoughtful remembrance of our dear confrere, Brother Nathan Cochran. We are deeply grateful for your prayers.

May God’s blessings be with you.

Brother Nathan Cochran, From the Mail, PLMC Board, Prayer, Requiem