A traditional Latin Missa Cantata for the Feast of Our Lady of the Holy Rosary was celebrated on Sunday, 7 October 2018 at Saint Titus Church, Aliquippa PA – sponsored by the Knights of Columbus Woodlawn Council 2161 Traditional Latin Mass Guild.

The celebrant was Canon John O’Connor of the Institute of Christ the King. 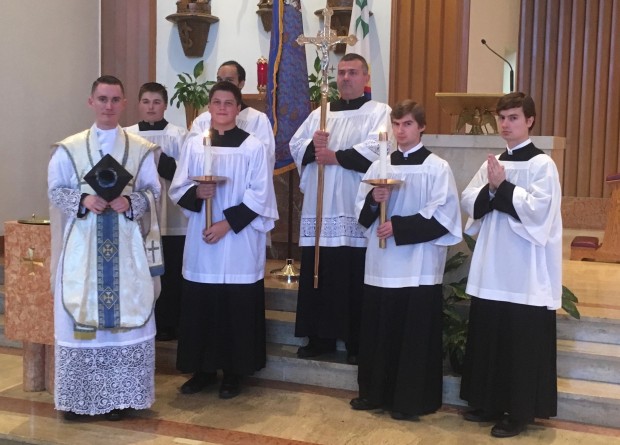 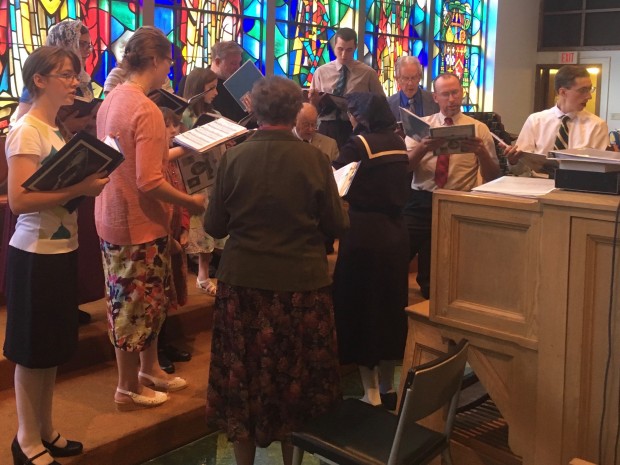 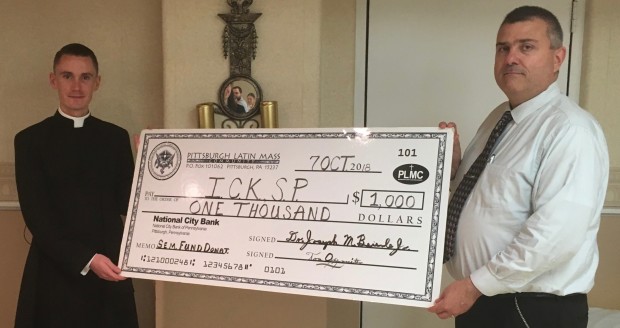 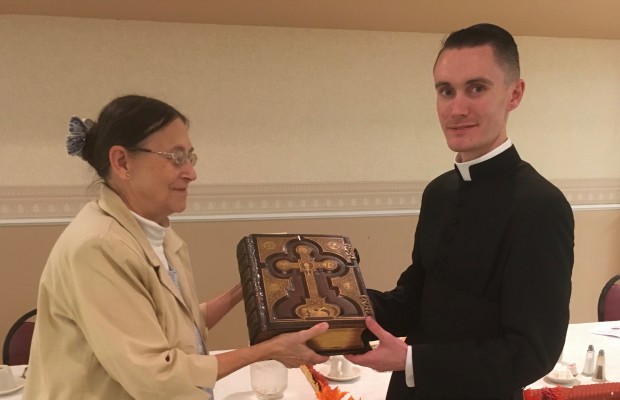 Cynthia Medvitz, on behalf of the Board of Directors of the Pittsburgh Latin Mass Community, Inc. presented Canon John O’Connor with an original copy of the 1862 so-called “Allioli Heilege Schrift.” This is a Catholic Bible, printed in German by the Johann E. Potter Publishing Co. in Philadelphia, PA.

P.L.M.C. President, Dr. Joseph Beierle, said: “The Directors were pleased to offer this rare volume in thanksgiving for the paternal interest and guidance shown to our Community over the past two decades by the Institute in general, and by Msgr. Giles Wach and Msgr. Michael Schmitz in particular. We look forward to a continued good relationshsip with the current North American Superior, our own Canon Matthew Talarico.”