Home» Uncategorized » Report: Feast of Our Lady of Guadalupe – Mass at St. Titus
Posted on January 9, 2016 by DumbOx in Uncategorized

A Traditional Latin Mass in honor of Our Lady of Guadalupe, sponsored by the Knights of Columbus Woodlawn Council 2161, Traditional Latin Mass Guild, was held on Saturday, 12 December, 2015 at 1:00 p.m. at St. Titus Church in Aliquippa. The celebrant was Canon Jean-Marie Moreau, Rector of St. Anthony of Padua Oratory, West Orange, NJ of the Institute of Christ the King Sovereign Priest. Mass was followed by a Pre-Christmas luncheon in the church hall. The PLMC, Inc. provided liturgical and logistical support. 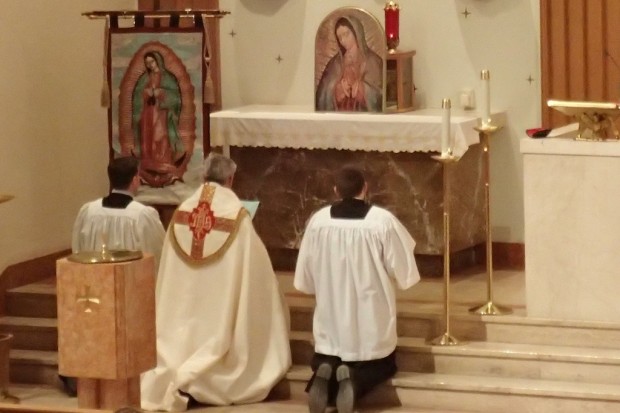 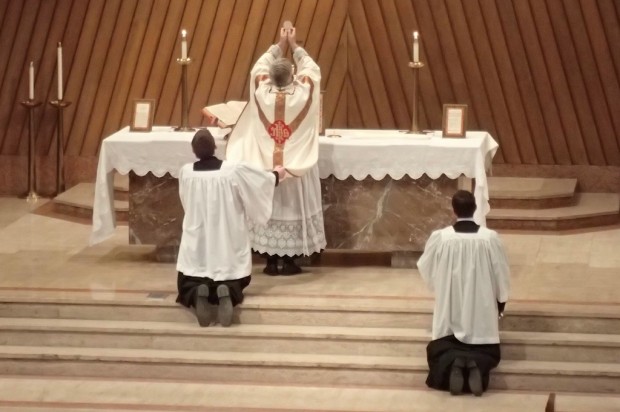 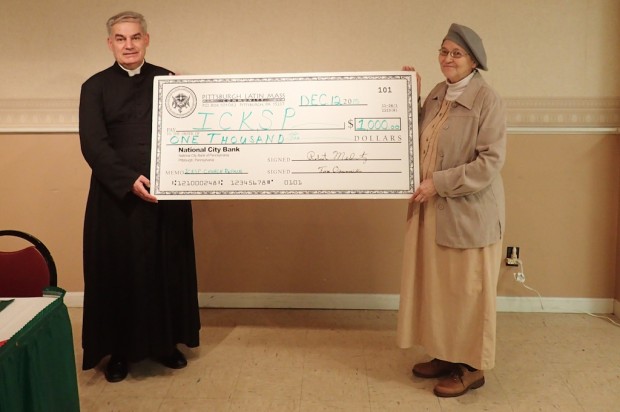