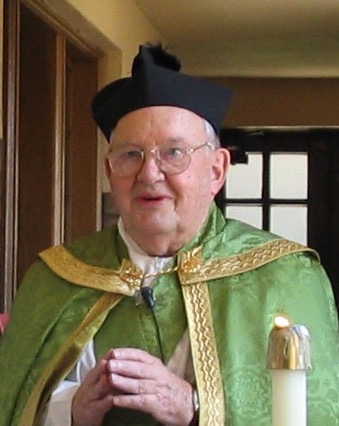 Reverend Father Eugene J. Dougherty, chaplain of the Pittsburgh Latin Mass Community, died peacefully in his sleep at 12:39 a.m., September 8, 2016, the Feast of the Nativity of the Blessed Virgin Mary to whom he had great devotion. Visitation will be at St. Boniface Church, 2208 East Street, Pittsburgh, PA 15212 on Tuesday, September 13 from 4 p.m. until start of the regular Mass at 7 p.m., with additional visitation following Mass until 9 p.m.  Father’s funeral Mass will be a traditional Latin Solemn High Requiem Mass at St. Boniface on Wednesday, September 14 at 9 a.m.